This page is dedicated to all the events that help us finish the FamilyEduNet project with outcomes appealing to as many parents in Europe as possible.

We had to postpone our last meeting, planned for April in Brussels because of the restricted travel possibilities after the tragic terror attacks. The meeting was postponed to 2/3 July 2016 and was hosted by EPA, and gave a good opportunity to evaluate our cooperation as well as what needs to be improved in the last few weeks of the project. We have all agreed that we will use our course and guidelines extensively, and also disseminate it as widely as possible for greatest impact.

Piloting the course in face-to-face environment and multiplier event

Parents from all participating countries had the opportunity to participate in a course using the intellectual outputs in rainy and cool Barcelona 8-12 May 2016, hoping that they will all help - as multipliers - our efforts to disseminate our training and support parents in their own development all over Europe.

Preparations for publishing the two outputs, the online course and the guidelines

After a very busy period preparing, revising and modifying the contents we wish to use with parents all over Europe, the project partners had a very fruitful meeting in cold and beautifully snowy Warsaw, hosted by RwE on 16/17 January 2016. The meeting was a good opportunity to assess where we are and to give a final push to all the efforts that need to be done to have the greatest possible outome of the project.

The European Parents Association had th opportunity to present all their relevant projects at a conference organised by the Luxembourgish Presidency of the European Union in the second half of 2015, on family learning on 20-21 October 2015. FamilyEduNet training areas and methodology was presented to the conference also in the form of a small leaflet they could all take home. 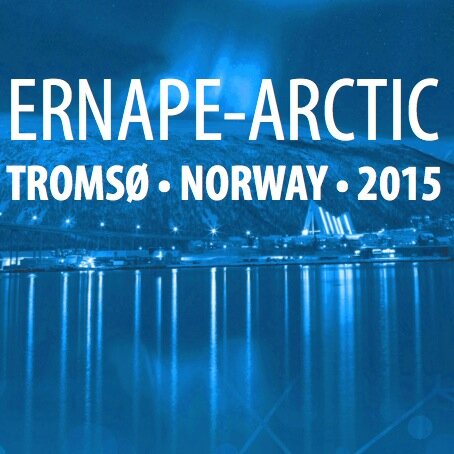 The main characteristics of the FamilyEduNet/EUXarxaClau Project: Families For Educational Success were presented at the 10th Conference of ERNAPE (the European Research Network About Parents in Education), on "Schools, Par­ents and Com­mu­ni­ties — Build­ing New Futures Through Research and Innovation", hold in Tromso, Norway, 26th-28th August, 2015. The paper was presented by Dr. Raquel-Amaya Martínez-González (University of Oviedo, Spain) on behalf of the participating institutions in the project. It took part on the Symposium on "School Dropout Prevention: Investigating Factors Involved. Its Implications for Partnership".  The ERNAPE conference was attended by researchers from more than twenty countries from all over the world as well as by the President of EPA, Eszter Salamon.
More information about the conference can be find at the conference website and a short report on the EPA blog 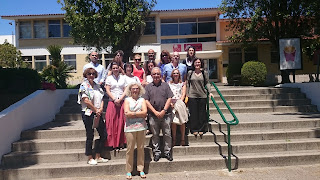 We have a very busy summer behind us. The partners ad very little summer holiday, but prepared the training modules instead. We are nearly ready with the content and it waits to be sent to the ICT developers. 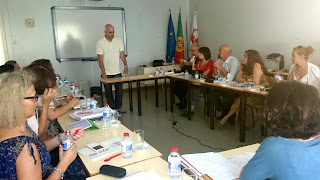 To streamline the work we had a transnational project meeting on 9/10 July 2015, hosted by CONFAP in beautiful Lisbon. We discussed the details of each of the five training modules as well as organisational and financial issues.

The ideas were presented and debated in a workshop at the annual conference of the European Civil Society Platform on Lifelong Learning on "Tackling the low skills trap: towards successful outreach strategies and guidance and mentoring to improve educational success for all". The participants this time were mostly practitioners in the field of lifelong learning and there was an agreement on the value of peer learning and learning communities. It was also discussed that low skills often mean rather the presence of skills that are not appropriate and the importance of usually not recognised skills, such as parenting skills, was underlined. The participants agreed on the fact that there is a demand for training and support for parents for their own educational success as well as the educational success of their children.
The full report on the event is available here

After waiting for a very long time for the final decision of the responsible national agency and all the administration to be finalised as the first activities of the project, we had the opportunity to finally come together and officially kick-off the FamilyEduNet - EUXarxaClau project on 7/8 February 2015, hosted by the leader of the project consortium, FAPAC. The most important decisions on sharing the workload were done, as well as starting to build a real team of project partners.